The Merryweather Inn was built in 1904 for William J Olcott. The Olcotts earned their fortune through mining and railroad. They had their own personal train car which carried the family around the country. Olcott worked directly for John D Rockefeller. Rockefeller and his family even slept in the house in 1928! During his time at US Steel Olcott supervised 40,000 employees. He later became president of Missabe Northern Railroad. Mrs. Olcott was well respected in society, and many people would come to her for advice. Her daughters were modern, well-educated girls and often traveled with their father to the mines.

After the death of Mrs. and Mr. Olcott, in 1937, the daughters were unable to sell the house, so it was nearly demolished. The University, (Minnesota Teacher’s College) saved it from destruction and used it as the music hall. All the rooms were converted to practice rooms and study rooms. The marching band and orchestra practiced in the ballroom.

When the school outgrew the building in 1957, it became a Finnish seminary and radio station. It was also used as a boarding house until 1995.

The House is a 10,000 square foot Georgian Colonial and cost $140,000 to build in 1904, To put that into perspective, other houses in the neighborhood of similar size and time frame cost around $50,000. To rebuild the mansion today, the average cost for such extravagance would be roughly $300/sq. ft. It was turned into a Bed and Breakfast in 1997 and was formerly known as the Olcott House B&B.

Come stay with us for more history and even a ghost story or two…. 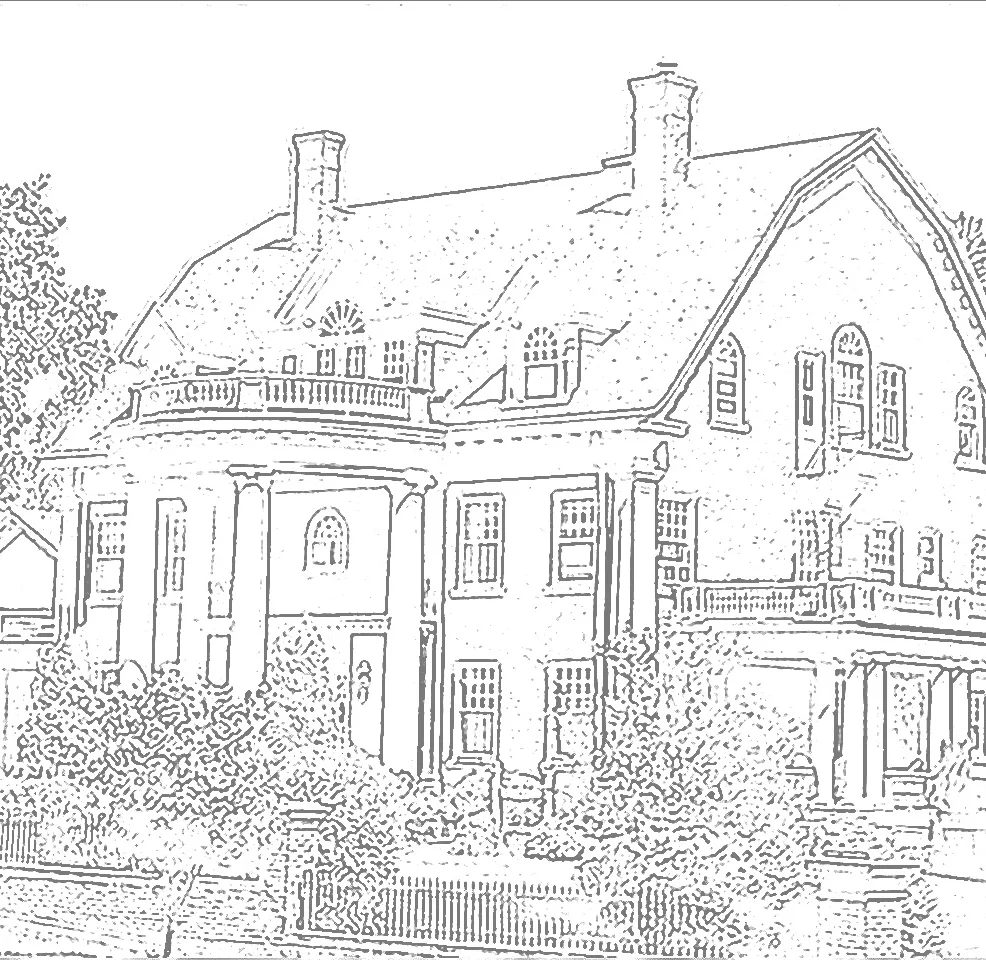 We are excited to have you stay with us!

Full payment to be received prior to arrival. Payment refundable up to 30 days prior to reservation for $200 cancellation fee. After 30 days, reservation may be changed, but not cancelled, for a $200 fee.  Things happen! We are happy to make a date change to your reservation at no charge! After you select to change the date, the payment is nonrefundable.

Reservations made within 30 days of stay require at least 7 days notice to cancel and a 50% cancellation fee. Cancellations within 7 days are nonrefundable.

We are following recommendations from the CDC and health department to make sure your stay is safe.

Let us know what else we can do to make your stay more magical!